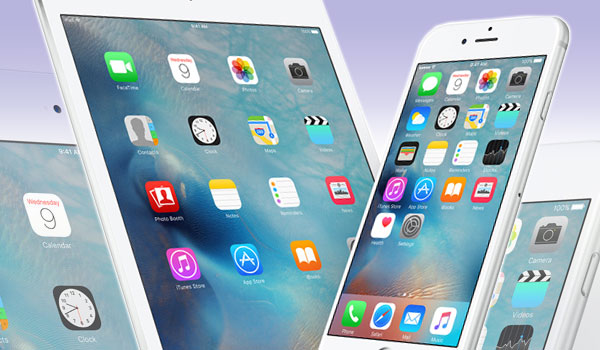 Although Apple is mum on the subject, users based in China have begun complaining on the Internet about the News app being unavailable in that country.

“Last week during a short holiday in Mainland China, I was surprised to find that the News app refused to work from my hotel in Dongguan even though I was using uncensored roaming internet,” Salibra, founder of Pay4Bugs, wrote in a blog post.

“Can confirm,” added a Reddit user lateral_thinker. “I have a U.S. account but work in China. News app is blocked, as I assumed it would be.”

Salibra could not connect to the News app through China Mobile, one of the country’s largest carriers. Further, he couldn’t read any of the content he’d previously downloaded in the app, he noted on a Reddit thread.

“They’re censoring news content that I downloaded and stored on my device purchased in the USA, before I even [entered] China just because my phone happens to connect to a Chinese signal floating over the border,” he wrote.

“On device censorship is much different than having your server blocked by the Great Firewall or not enabling a feature for customers with certain country iTunes account,” he added. “That Apple has little choice doesn’t make it any less creepy or outrageous.”

“This is a big concern for people using Apple products for consuming news,” said John Carroll, a mass communications professor at Boston University.

“Apple already has a reputation for picking and choosing the kind of content it’s willing to distribute,” he told TechNewsWorld. “Now it’s taking that one step further.”

“This isn’t just a case of Apple not distributing content,” Carroll continued. “It’s about Apple going into people’s devices and denying them access to things they’ve stored for offline use. That’s a whole different dimension of control.”

Apple did not respond to our request for comment for this story.

China has become Apple’s second largest market — it did $13 billion in business in the country during the third quarter alone, according to The New York Times — so it likely doesn’t want to do anything to rock the boat there.

“If Apple is in fact withholding all content from its News app in China, rather than censoring individual stories, then that strikes me as an understandable if unsatisfying policy,” said Dan Kennedy, an associate professor of journalism at Northeastern University.

“Few people would suggest that Apple should refuse to do business in China,” he told TechNewsWorld. “Giving its Chinese customers a sanitized version of the news would be even worse. So I don’t really see that the company had much choice.”

“Under the new Chinese cybersecurity law, if foreign companies do not follow the guidance and direction of the Communist Party and their various Internet control entities inside China, then they’re not welcome to have their applications and technologies used by Chinese citizens,” explained Bill Hagestad II, a global information security researcher.

That new law was partially motivated by the spread of malware in China.

“Malware was delivered through legitimate applications from the app stores inside the People’s Republic of China and impacted Apple users in China and Taiwan, so this is a bona fide reaction from the Chinese government,” Hagestad told TechNewsWorld.

Even without the new cybersecurity law, Chinese censorship seemed to be working well.

“Part of what makes this censorship effective is the inherent inefficiency of the marketplace,” explained Bennett Haselton, webmaster of Peacefire.org.

“In an efficient market, if Apple were blocked from delivering the news, then another company could just step in and deliver it instead — at least until the Chinese blocked them as well,” he told TechNewsWorld.

“This doesn’t work in practice, because people don’t know what they’re missing, or they don’t want to make the effort to switch,” Haselton said.

That applies to free as well as restrictive societies, he added.

“In China, if Apple disables an app, it’s sometimes because they’re forced to,” Haselton explained. “But in the West, sometimes they disable an app just because they want to, and few people will go to the trouble of circumventing their restrictions.”