Why Tablets Are Tanking 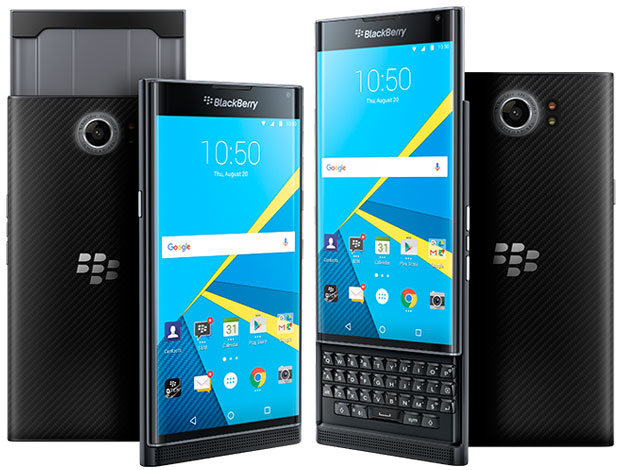 Boy, we really have gone full circle on tablets — and not just once. Back when the Windows tablets first came to market, a whole bunch of us predicted it wouldn’t be long before they replaced all of the notebooks. I don’t think they even made it to 10 percent before the tablet market collapsed, and the pre-existing forms reclaimed their shares.

Then the iPad launched, and a whole bunch of new folks claimed that tablets were the future and laptops were dead. Now Apple is reporting a year-over-year decline at 20 percent — which, if it remained constant (it won’t), would mean the iPad would be dead in five years. What happened?

I’ll explain and then close with my product of the week: the BlackBerry Priv, the first BlackBerry that may have what it takes to move back to the broad market, because it runs Android.
The Death of the PC

I’ll start by recalling what caused folks to think the PC was dying. Back when PCs first came to market, folks were keeping them for a pretty long time. They were really expensive, running close to US$8K (when you take into account inflation), and they didn’t run many applications, because there weren’t many to run.

For instance, from the time of my first PC in 1984 to 1995, my apps were limited pretty much to a word processor, MultiMate; a presentation product, Corel Draw; a spreadsheet, Lotus 1-2-3; and a database product, Condor. I had a handful of games, but it wasn’t until Windows 95 that a combination of lower prices and more stuff to run started cycling PCs much faster.

Regardless of a lot of us pointing to the fact it was getting harder and harder to migrate from an old PC to a new PC, that problem didn’t get fixed, so folks started resisting the migrations by the end of the 1990s. We had one big migration event, thanks to Y2K, and folks started questioning whether they needed to replace PCs as quickly. They had become far more reliable, and Microsoft’s move from a consumer focus to a business focus helped push game developers to gaming systems.

By the time Windows XP came out, we got one more migration — and then users comprising a huge chunk of the market decided what they had was good enough and stopped buying. They had so much stuff on their PCs, that upgrading seemed like an unnecessary chore — especially because the PCs basically were working. All of the consumer excitement that had surrounded PCs needed a new channel, and along came MP3 players (mostly iPods) and iPhones.

The iPod became the iPad. Folks who looked at stalling PC numbers saw a cause and effect that really wasn’t true, and concluded that the PC was dead. It really hadn’t died. Some people tried to replace it with tablets, but that effort failed, and users generally were happy with the PCs they had.

The Death of the Tablet

The problem with tablets is that they started out pretty good. The iPad quickly got to a point where getting a new one didn’t really make a ton of sense, because the old one was good enough.

In addition, if people want to use tablets for work, there are other tablets that make more sense. Apple and its partners — IBM and Cisco — will have their answer to that problem, the iPad Pro, in market shortly. However, like other tablets, it is pretty much an appliance fed by back-end systems, which means folks may not need to replace it more than once every five to eight years.

People aren’t necessarily getting rid of their tablets — they are just not replacing them, and as in the PC market, churn dried up. The reason Apple is able to maintain it with the iPhone is that folks are trained to replace phones every two years. Yet many are starting to ask, given that their 2-year-old phone is working just fine, whether they really need to do that anymore. If enough resist upgrading, we’ll likely see a lot of stories about the smartphone being dead as well, and those stories will be no more true than the PC and tablet stories.

Steve Jobs understood that Apple’s market lived or died on churn. Apple PC users historically have replaced their PCs more often than Windows users have, largely because Jobs more aggressively drove them to.

That model worked far more powerfully on lower-cost items like the iPod, and I expect that had Jobs lived, he’d be more aggressive about driving churn on the iPad through design, features and marketing.

Cook, like much of the Windows PC market, doesn’t really understand the churn thing. As a result, folks are replacing their Apple products less often — ironically, at the same time that Microsoft and its partners seem to be rediscovering churn with products like the Surface Book and Windows 10 (which has vastly easier migration, and a road map with things like Windows Hello, which should drive faster replacement cycles).

In the end, the vendor that can convince its happy customers to replace their tech products the most often likely wins. Funny how folks seem to regularly forget that. However, the PC and tablet aren’t dead, and the smartphone won’t be dead in a few years. Granted, they all may get replaced by a future version of something like Microsoft Hololens, but that’s a story for another time and, likely, another age. Until then, remember this: The mainframe was pronounced dead in the late 1980s — but according to IBM’s latest financials, it now is growing at 20 percent year-over-year. Hell, it wasn’t really dead either — it just needed a rebirth.

BlackBerry had a big problem. Over time, it lost critical mass in apps and then started bleeding customers badly. That happened partly because the company lost track of who it was for a while, and tried to out-Apple Apple — and that never works.

BlackBerry needed a way to combine its hardware and security advantages in a product that also had a decent app inventory. The best platform would have been iOS, but Apple doesn’t license. Interestingly, Google does license — and it has been trying to wrap its arms around Android’s huge security problem, while Samsung has been getting BlackBerry’s help to improve its own security solution.

The BlackBerry Priv takes the physical keyboard tied to the BlackBerry and puts it in a slider so it doesn’t take up screen real estate. It pops it into a nice premium phone running the Qualcomm Snapdragon 808 chipset, and puts in a fast-charge battery to create a really nice blend of Android and BlackBerry features.

The Priv can be managed and secured like a BlackBerry, comes with BlackBerry apps, and will run Android apps.

It has really clean lines, and it improves on the current iPhone with an AMOLED display, SD expansion slot, a fast-charging big battery, a back that looks like carbon fiber, an 18-MP camera (Schneider-Kreuznach-certified — OK, I had to look that up too), and the signature keyboard.

It also has a purpose-built security app called “DTEK” that companies should like. Granted, given that it prices out similarly to the iPhone, it has to be better. Oh, and surprisingly, it isn’t very thick. I’m really impressed with the industrial design, given that it has a keyboard.

Because the BlackBerry Priv has both a keyboard and is the first Android phone I feel comfortable carrying, it is my product of the week. If only BlackBerry had done something like this five years ago… but better late than never.