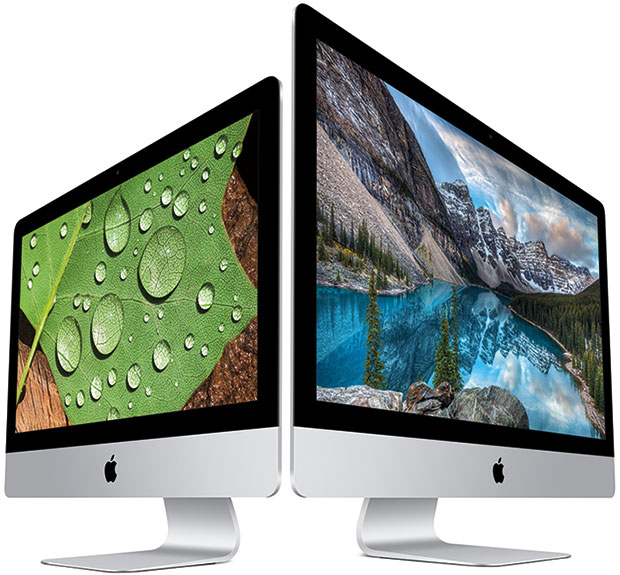 Apple on Tuesday announced upgrades to its iMac line, including Retina displays and Intel sixth-gen Skylake processors. The company also reached deeper into its hat to pull out “magical” new peripherals.

There are about 5.3 million more pixels to be had in a 5K display, compared to a 4K, but for those who have not yet experienced it, the 4K pixel density is still breathtaking, according to Joe Silverman, owner of New York Computer Help.

You’ll notice the difference if you’ve never owned a retina screen before, but you won’t notice it at all if you have, Silverman told TechNewsWorld. “The 4K video matches the same 4K video that the iPhone 6s shoots, so you’ll be on the same page if you have both.”

Whether consumers opt for 4K or 5K, the massive jump from 1080p will inspire more creativity, according to Esther Humphrey, director of customer operations at Appster.

“The Retina displays are going to make the experience of designing and creating anything much more beautiful — and in turn, consuming these apps, photos, films and so on will be just as stunning,” she told TechNewsWorld. “The more powerful processors are exciting. I’m sure it will inspire some more creative and intense functionalities in all sorts of artistic softwares — and dare I say games!”

Retina in the Garden

The latest developments in the Retina revolution may inspire developers to build out Apple’s ecosystem with killer apps and other must-have software.

Devs at least will consider creating new experiences designed specifically for Retina displays, as Apple continues to make them standard on everything it produces, suggested Appster’s Raul Lopez, a product strategist.

“It’s not a huge-oh-my-gosh-rewrite-all-your-code deal, but it’s a giant eyesore if your designs don’t display well in Retina,” he told TechNewsWorld. “I can name a few popular softwares whose intro screens are ugly and fuzzy on startup, but I won’t. They’re bad enough on Retina displays on laptops — so at scale, developers just need to neaten things up for that professional finish.”

In all, the latest refresh to the iMac line is still just an incremental update, according to Larry Chiagouris, a professor of marketing at Pace University’s Lubin School of Business.

There’s nothing groundbreaking, though Apple’s PR people will call this a big deal, he told TechNewsWorld.

Beyond the displays, Apple has gotten its hands on Intel’s new faster and more efficient Skylake family of processors.

For graphics processing, it returned to AMD for the latest it has to offer.

Intel’s long-awaited Skylake family of processors became available this summer, and that was the news Apple and others had been awaiting.

The sixth generation of Intel Core processors may give a slight bump in power, but their true potential won’t be realized in iMacs, which don’t employ fusion drives for faster data caching.

Standard hard disk drives may feel like relics to some who’ve ponied up the funds for Apple’s premium desktops.

They churn out data only at 5,400 repetitions per minute, pointed out New York Computer Help’s Silverman, who called the drives a “downer.”

“They should have had a 7,200 RPM or higher drive, as 5,400 seems to be very last decade ago,” he said. “There is a fusion drive upgrade that I recommend getting, which means you can leverage the speed of a solid state drive while paying for up to 3 TB of storage.”

Apple regularly refreshes its iMac lines, however incrementally, but that’s not the case with its peripherals. It finally decided to introduce new iterations of its Magic series.

Apple has redesigned the ergonomics of the Magic Keyboard, Magic Mouse and Magic Trackpad.

Along with improvements for comfort, the Magic devices now use rechargeable batteries, so that there’s no longer a need to keep buying disposable cells.

That may be the most magical thing about them, suggested Silverman.

“We see many customers eating through battery life on their iMac keyboards and mice,” he noted.

“The Force Touch on the new Trackpad 2 is really cool,” Silverman added, “as it definitely sifts through Web pages and navigates easier.”