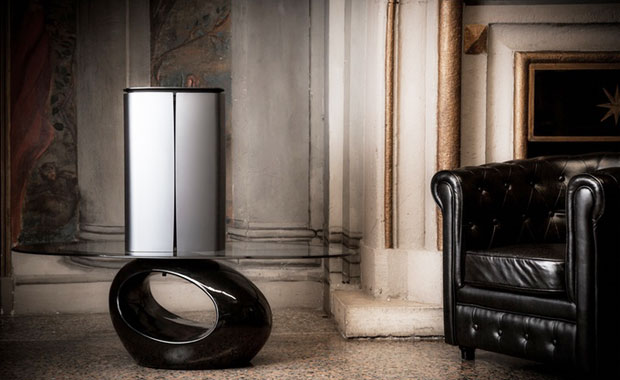 Dojo-Labs on Thursday introduced Dojo, a device that plugs into the router of a home network and acts as a watchdog to ensure that everything connected to the network is operating on its best behavior.

The device brings some of the advanced technologies used to protect corporate networks to the home. It can prevent attacks and detect intrusions by observing how a device behaves on the network. Moreover, the longer it’s connected to a network, the smarter it gets about how that network works, the company said.

“That gives their normal behavior a signature,” said Dojo-Labs CEO Yossi Atias. “Any deviation from that usually indicates some software vulnerability.”

Dojo’s job is made easier by the single-purpose nature of devices that make up the Internet of Things and the smart home. Baby monitors, webcams and other IoT devices essentially do one thing.

Dojo has both a hardware and mobile component.

The hardware is a dock with a “pebble.” The dock connects to the router. The pebble can be carried around and is used to check on network activity. Its light rings turn orange when Dojo encounters a problem that it is solving automatically. If the rings turn red, intervention is needed.

“The pebble gives a nontechie consumer an overall view of their home security just in the blink of an eye,” Atias told TechNewsWorld.

The mobile component is an app that receives notifications from Dojo. It allows users to permit or block certain activity on their networks, as well as alert them of potential cyberthreats to the nets.

Dojo acts as a security hub for all the connected devices in the home.

“Rather than installing software on every individual device, which would be a nightmare for anybody to keep up, it watches the behavior of the devices and then lets you know if any are performing badly so you can take them offline,” said Rob Enderle, principal analyst at the Enderle Group.

Dojo not only learns from the home network it’s connected to, it also learns from all the other networks that Dojos are connected to. That collective knowledge allows each Dojo to keep pace with new threats as they develop.

It’s also a system designed for the technically challenged.

“This is a system for people who don’t understand anything about security or privacy. This is a dummy-proof system. The user does not to need to configure or set up anything,” Atias said.

“Most low-level risks — malware, viruses, bad websites — are automatically mitigated and the user just informed of the action,” he added.

However, user intervention is needed in some instances. For example, if someone is trying to access a baby monitor in the house from a device that Dojo hasn’t seen before, it will ask the user to approve or block that access.

While Dojo can fill a gap in the IoT security market, the question is whether consumers will warm to it at this time in the smart home life cycle.

“There’s a need for this because consumer IoT and the smart home are going to have a lot of security issues,” said Lee Ratliff, principal analyst for low-power wireless at IHS.

“However, just because there’s a need doesn’t mean there’s a market for it,” he told TechNewsWorld. “Most consumers are aware that cybersecurity can be an issue. They’ve seen enough headlines to know that. I don’t think it’s become a top-level concern for consumers yet.”

“Right now, the majority of home owners aren’t even aware they need something like this,” Enderle told TechNewsWorld.

That will change soon enough.

“Attacks on homes, as we move to more and more connected devices, are going to increase, and something like a Dojo could become very popular to mediate that exposure,” Enderle said.